Fresh vs Frozen, Which is Better and Why? 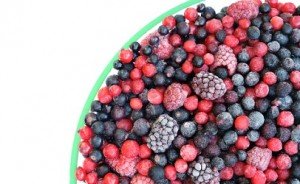 Frozen food IS better than fresh: Higher levels of vitamins and antioxidants in frozen fruit and vegetables say scientists

Q. Fresh vs. Frozen Vegetables: Are we giving up nutrition for convenience?

A. Americans typically eat only one-third of the recommended daily intake (three servings instead of nine) of fruits and vegetables, so if you’re in a bind, a vegetable in any form is better than no vegetable at all.And as winter approaches or it could be here already if you are reading this in the winter, fresh produce is limited—or expensive—in much of the country, which forces many of us to turn to canned or frozen options. While canned vegetables tend to lose a lot of nutrients during the preservation process (notable exceptions include tomatoes and pumpkin), frozen vegetables may be even more healthful than some of the fresh produce sold in supermarkets, says Gene Lester, Ph.D., a plant physiologist at the USDA Agricultural Research Center in Weslaco, Texas. Why? Fruits and vegetables chosen for freezing tend to be processed at their peak ripeness, a time when—as a general rule—they are most nutrient-packed.While the first step of freezing vegetables—blanching them in hot water or steam to kill bacteria and arrest the action of food-degrading enzymes—
causes some water-soluble nutrients like vitamin C and the B vitamins to break down or leach out, the subsequent flash-freeze locks the vegetables in a relatively nutrient-rich state.On the other hand, fruits and vegetables destined to be shipped to the fresh-produce aisles around the country typically are picked before they are ripe, which gives them less time to develop a full spectrum of vitamins and minerals. Outward signs of ripening may still occur, but these vegetables will never have the same nutritive value as if they had been allowed to fully ripen on the vine.
In addition, during the long haul from farm to fork, fresh fruits and vegetables are exposed to lots of heat and light, which degrade some nutrients, especially delicate vitamins like C and the B vitamin thiamin.Bottom line: When vegetables are in-season, buy them fresh and ripe. “Off-season,” frozen vegetables will give you a high concentration of nutrients. Choose packages marked with a USDA “U.S. Fancy” shield, which designates produce of the best size, shape and color; vegetables of this standard also tend to be more nutrient-rich than the lower grades “U.S. No. 1” or “U.S. No. 2.” Eat them soon after purchase: over many months, nutrients in frozen vegetables do inevitably degrade. Finally, steam or microwave rather than boil your produce to minimize the loss of water-soluble vitamins. On Another Note! British Researchers in 2013 Found That:

Frozen fruit and vegetables can be healthier, with higher levels of vitamins and cancer fighting antioxidants, than leafy ‘fresh’ produce.

In two out of three cases frozen fruit and vegetables scored better on antioxidant-type compounds – including Vitamin C, polyphenols, anthocyanins, lutein and beta-carotene.

Consumption of these anti-oxidant compounds is considered beneficial in preventing cancer and supporting the working of the body, brain, skin and eyes.

Produce bought from the supermarket greengrocer section is full of colour and crunch, while many stores even use fine mist sprays to give a ‘just picked’ look.

This supermarket theatre convincers shoppers to pay a premium for food they believe is good for their family’s health as well as being tasty.

However, the reality is that these vegetables and fruit may well have been held in storage for a month, while they then sit in the fridge at home for days before being eaten.

Over the days, they gradually deteriorate, slowing losing some of the nutrients associated with leafy greens and fruit.

By contrast, vegetables and fruit sold in the frozen cabinets are chilled soon after harvest and so retain higher levels of vitamins and antioxidants until they are eaten.

Two teams, one from Leatherhead Food Research and another from the University of Chester, carried out 40 tests to measure  nutrient levels in produce which had been sitting in a fridge for three days versus the frozen equivalent.

The findings demonstrate that eating newly picked produce is the healthiest option, however frozen can be almost as good and is often better that items sold as ‘fresh’.

Leatherhead’s Dr Rachel Burch, said: ‘We must disregard the mistaken opinion that ‘fresh’ food is always better for us than frozen food.

‘These results demonstrate that frozen can be nutritionally comparable to ‘fresh’ produce.’ Her team found frozen broccoli had higher levels of Vitamin C, lutein and four times more beta-carotene. However, fresh scored better on polyphenols, which are thought to help prevent cancer.

Frozen carrots had three times the lutein and double the beta-carotene, while they were also higher in Vitamin C and polyphenols.

Frozen sprouts scored higher on all nutrient measurements, however fresh spinach did better than frozen in some tests.

The figures in raspberries and peas were around the same, while there was no clear winner for cauliflower and baby sweetcorn.

Professor Graham Bonwick(correct), of the University of Chester, said: ‘Unlike frozen, some fresh produce concentrations of antioxidant compounds exhibited a decrease during refrigerated storage to levels below those observed in the corresponding frozen produce. The effects were most noticeable in soft fruits.’

While the studies were independent, they were funded by the British Frozen Food Association, which speaks for producers.

Its director general, Brian Young, said: ‘Fast and highly organised methods of ‘harvest-to-freeze’ have evolved with the express purpose of minimising nutrient losses.

‘In contrast, ‘fresh’ food has been shown to spend up to a month in the chain of producers, wholesalers and retailers before consumers have access to store and prepare them.

‘During this time we know that product deterioration takes place – to the extent that they can have lower nutritional value than their frozen equivalent.’

Frozen is your friend

Not only is frozen fruit cheaper, according to the IFIC (International Food Information Council) frozen food has just as much if not a higher nutritional value than the “fresh” stuff you find on the shelves. This is because common fruits such as blueberries and strawberries are picked at their peak of freshness, then cleaned, packed, frozen, and sent right to the coolers of your store.

Fresh fruit can go bad within days. Frozen fruit, however, when taken home and put in your freezer can last indefinitely. Further, I prefer frozen fruit because I don’t have to wash or cut anything, saving up to 5 minutes of preparation time every morning. If you are busy like me, this is important

Some of your normal grocery stores or Trader Joe’s here in the states sell bags of frozen fruit. MAKE SURE to check the ingredients  and try to buy organic (NO pesticides MORE nutrients) and only purchase ones without added sugar, so you’ll need to read the label and the ingredients should be one thing: “Frozen strawberries, blueberries, etc”.

Lately I have been buying the Power Greens mix (Fresh Produce of Kale, Swiss Chard, and Baby Spinach)  at a Costco and is almost ALWAYS cheaper than say if you went to Whole Foods. Even if you purchase fresh items such as kiwis or apples, you can always get it discounted by purchasing in bulk. Most warehouse stores  have a great selection of frozen fruit in bulk resealable bags. By buying these you’ve cut your fixed costs by about 25 – 30 %...and that means more money to spend on OTHER things that you need or put that savings in a retirement account or vacation account and enjoy the benefits of your smart shopping decisions in the years to come.

How to use frozen ingredients

As explained in our best blenders for smoothies article, one of the caveats of using mostly frozen ingredients is that you need a high end blender like a Vitamix to be able to blend them properly. However, because of the time and money you’ll save by buying frozen, getting a high-end blender is well worth worth it! Want one at a discount and a payment plan? Learn more here

← Prev: The Veggie Julius! Next: What Seeds and Skin Can I Blend or Eat? →