My coming to this realization wasn’t an easy process. I’ve been working with clients for over 15 years now and although I always knew that diet was an important part of the training equation, I also always harbored some subconscious notion that if I worked my clients hard enough, their lack of dietary effort would be overcome by my super-effective training programs.

Sure, I wanted them to eat well. But if they didn’t (more like, wouldn’t), somewhere deep inside it seemed ok. I figured in the battle of training vs. diet, training would win. Now, I never said this aloud. However, somewhere I’m sure I felt it. So it wasn’t until I was slapped in the face with some cold, hard, objective data that I realized how wrong I’d been.

These data came in the form of a study I recently worked on at the University of Texas.

In this study, nearly 100 initially sedentary participants either stayed sedentary (about half of them) OR began exercising (the other half). They exercisers were given a program to follow that added up to about 5 1/2 to 6 hours of activity per week and that lasted for a total of 12 weeks. The non-exercisers did nothing for the 12 weeks except show up for measurement sessions.

These individuals, as stated above, did no exercise before the study began. As a result of this sedentary lifestyle, they averaged between 35% and 40% body fat (according to DEXA scans).

Now, it’s important to note that we didn’t alter the participant’s eating at all. And we did this on purpose. We wanted to test the effects of exercise alone – without diet. In other words, the question became:

Without a dietary intervention, can exercise alone reshape a person’s body?

At the end of the 12 week study, we got our answer:

Without dietary control, 12 weeks of high intensity training produced a fairly disappointing 1% loss of body fat. In terms of raw data, the participants lost only 1 pound of fat and gained 2 pounds of lean vs. the placebo group. Frankly, that sucks.

Now, imagine you’re overweight (about 38% body fat) and you decide to take the plunge, to hire a personal trainer, and to get in shape for perhaps the first time in your life. So, you decide to buy a training package, one that contains 60 sessions (5 sessions per week for 12 weeks). The cost, per session, is 50 bucks, the going rate. So you plunk down 3 grand and start your initial 12 week fitness journey.

You don’t expect big things…you just expect to start moving in the right direction. So you’re patient. You attend all your training sessions, you get to know your trainer really well, spending over 60 hours with him or her. You stay off the scale, not wanting to jinx yourself. Then, at the end of the 12 weeks, you weigh-in.

Body weight
You were overweight, obese in fact, to start with. Well, if you simply exercised (without changing your diet and following the protocol above) you now weigh one pound more! About to go crazy, your trainer talks you down off the cliff. You probably gained a lot of muscle while losing a lot of fat, he or she says. So it’s time to do a body comp test.

Fat weight
Ok, here’s the moment of truth. You’re sure there must have been some fat loss. Drumroll please…If you followed the protocol from above, you’re down one, uninspiring, unnoticable pound of fat. “What the heck!? Can I NOW be pissed?”

Lean weight
Because you weigh one pound more, and lost one pound of fat, that means that your formerly sedentary butt put on 2 lbs of lean mass. That’s nice and all. But that wasn’t the goal! You wanted to lose fat. This is when your anger kicks in.

So, you spent 3000 bucks and 60 hours working your ass off in the gym. And your ass didn’t change one bit! Is it time to grab a machete and take that good for nothing trainer’s head clean off?

It’s not a fluke

Now, when I first saw these data, I thought they were a fluke. I got the research team together on the phone and chewed them out. There must have been a data mix-up. I mean, seriously, 12 weeks of hard training and only one pound of fat lost vs. no training at all. Was this some sort joke? Did they screw up the data collection? Did the research participants skip out on sessions? What was the deal?!?

Despite my insistence, there were no errors. The participants showed up. They trained hard. The data were collected properly. The participants just didn’t progress. And, for the first time, I started asking the question honestly.

Can a solid training program alone get people into great shape?

Note I said “solid” training program. In the past I figured people weren’t getting results because their training program was awful and perhaps so was their diet. But, as a result of this new study, a study in which the training protocol was solid, the answer appeared to be no. A solid training program alone wasn’t enough to get people into great shape.

With a new sense of purpose, I started digging around in the research. And I quickly found another recent study suggesting the exact same thing. This study, published in the April 2008 issue of Nutrition and Metabolism, demonstrated that after 10 weeks of training (3 endurance sessions and 2 strength sessions per week – the flip flop of our study), 38 previously overweight, sedentary subjects also saw minimal changes in body composition with training.

Body weight
In this study, neither the control (no exercise) group or the exercise group significantly changed their body weight. Both groups saw about a 0.6lb loss in body weight on average. But again, neither change was significant.

Fat mass
When it came to fat mass, the exercise group lost 2.4lbs while the control group lost 0.9lbs. This means that the 50 exercise sessions lead to a mere 1.5lb fat loss vs doing nothing. Better than a kick in the teeth, I guess. But not all that stellar.

Lean mass
The exercise group grained 1.7lbs of lean mass while the control group gained 0.2lbs of lean mass. This means that the 50 exercise sessions led to a 1.5lb gain in lean mass vs doing nothing at all. Again, not bad. But not great either.

Sure, in both studies, the changes were “statistically significant.” In other words, participants did lose more fat and gain more lean mass when training vs. not training. However, let’s not confuse different with important. After all, these changes are small, really small. And I would suggest, unimportant.

I mean, come on now, people exercise to actually change their bodies in noticeable, measurable ways. They want to fit better into their clothes. They want to go from overweight to normal weight. They want to be able to walk up the stairs without getting winded. They want to lower their cholesterol.

In my estimation, and it might just be me, they’re just not all that interested in dumping big dollars and lots of time into something that leads to a one pound fat loss. Seriously, that’s not all that good.

The lesson – no, it’s not to stop exercising!

At this point you might be wondering if it’s my advice to stop exercising. Of course not! Exercise is critically important to looking better, feeling better, and performing better every single day. And don’t you forget it!

However, my point is that exercise ALONE just doesn’t cut it. What you really need is exercise PLUS a sound nutritional program. Now that’s just what the doctor ordered. Consider what happens when people actually eat well…

In our recent Precision Nutrition Body Transformation Challenge, the average fat loss for all of our participants was 1/2% (or 1lb) lost per week! Remember, in the studies above, they lost about 1 to 1.5lbs in 10-12 weeks!

Further, our finalists (the top performers) saw the following results:

Note: each of our finalists followed one of the training programs and our nutritional guidelines outlined in the Precision Nutrition System Utilizing One of Our Coaches like Ingo

Also consider the research study discussed above, the one published in Nutrition and Metabolism. In this study, there was actually a 3rd group. And this group, in addition to exercising, supplemented each day with 2 nutrient-dense meal replacement supplements. Each supplement contained 300 calories, 5g fat, 25g carbs, and 40g protein and a host of vitamins and minerals. And while the exercise-only group saw small fat losses and muscle gains, the exercise plus supplement group, was a different story.

Body weight
The exercise+supplement group lost 4lbs of total body weight. This compared to the 0.6lbs lost in the exercise alone group.

Fat mass
The exercise+supplement group also lost 6lbs of total body fat. This compared to the 2.4lbs lost in the exercise alone group.

Lean mass
The exercise+supplement group gained about 1.8lbs of total lean body mass. This compared to the 1.7lb gained in the exercise alone group.

So, as you can see, even something as simple as adding a high quality protein drink or MRP can improve fat loss vs. exercise alone. But, again, nothing is as effective as following a solid nutrition program while exercising properly.

At this point, I’ve gotta serve notice to trainers. Folks, if you’re not providing nutrition advice to your clients, that’s a real problem. A trainer selling a client exercise alone is equivalent to a car salesman selling a car with no engine. As you’ve already seen, the thing just won’t go.

Now, I don’t want to seem as if I’m taking shots at ALL trainers because I love the service many of them provide. However, I do have something to say to those trainers who don’t have a nutrition system in place.

Take my advice…incorporating nutrition isn’t a “nice to have,” it’s a “need to have”. So don’t miss the boat. Start thinking about how you can get your clients training hard AND eating better right away.

For you folks who aren’t trainers yet who are looking to look better, feel better, and perform at the top of your game, the lesson should be obvious. You can train as hard as you want. However, without some attention to your nutritional intake, you simply can’t expect inspiring, noticeable results.

Eat, move, and be healthy!

The health and fitness world can sometimes be a confusing place. But it doesn’t have to be.

Let Ingo help you make sense of it all with this free special report.

In it you’ll learn the best eating, exercise, and lifestyle strategies — unique and personal — for you.

Book An Assessment With Ingo

The research is clear:

Without nutrition and lifestyle coaching, most clients won’t see the results they want

Hi there, I would love to hear more about you,  what have you tried that hasn’t worked, your goals, what you have tried in the past, what are your chief complaints right now as far as your sleep, digestion, stress, energy, recovery, and overall health and fitness. 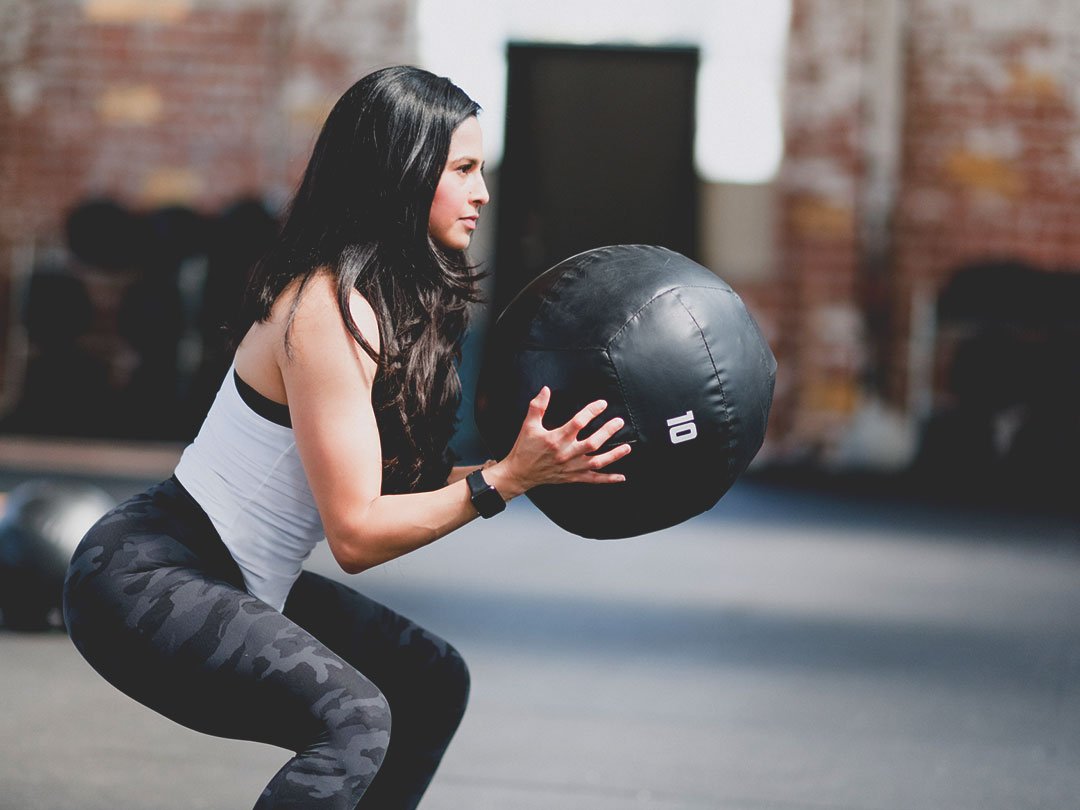