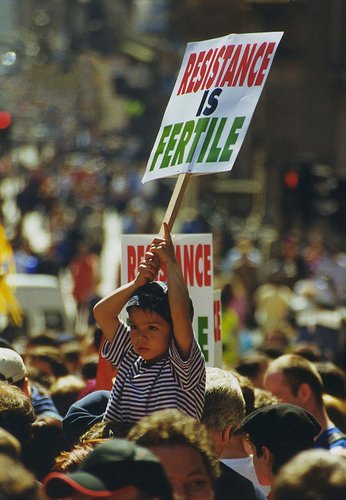 Editor’s note: This is a guest post from best-selling author and top blogger Seth Godin, author of the new book Linchpin: Are You Indispensable?.

Why is it so difficult to ship?

Ship as in get it out the door. Ship as in make a difference at work. Ship as in contribute your art and vision and expertise and passion to the project you’re working on.

Regular readers of this blog  have seen first hand what happens when you force the distractions out of your life and focus on what needs to be completed instead. What he has taught us is that when you focus your efforts and energies on things that matter and cut out the stalling and distractions, amazing things happen. It’s absolutely astonishing how much we can accomplish (and insanely disappointing how few people do).

What separates the few who ship from the masses who stumble, stall and ultimately surrender?

The resistance loves committees and it hates a mission. The resistance creates fear and uncertainty, and it will do almost anything to keep you from being noticed. There’s a biological underpinning to the resistance–your amygdala. The amygdala is the pre-historic portion of your brain, located near the brain stem. It’s responsible for fear and anger and revenge and sex and survival. When the amygdala is aroused, when it feels threatened, when there’s a sense that people might actually laugh at you, it takes over. It rises up in rage and fear and shuts you down.

And so the resistance kicks in. The resistance goes to meetings and plays devil’s advocate (I didn’t know the devil needed an advocate.)

The resistance finds excuses, it makes tasks needlessly complex (or oversimplifies so much that you fail). The resistance uses phrases like, “see, I told you it would never work.” The resistance demands that you study the issue more, or grab a Diet Coke, or go visit those friends who are in from out of town and you won’t be able to see them unless you go right now. The resistance invented yak shaving. The resistance is also responsible for giving you an even better idea just before you finish this one… in fact, the resistance will do anything it can to prevent you from shipping.

Why do little companies get so much more out the door than big ones? Because big companies have committees, groups of people designed to protect the status quo, to prevent failure, to avoid catastrophe. The committee is made up of humans, each of whom is battling her own version of the resistance. “If this ships, my boss will see it, and I might get fired.” “If this ships, a kid might use it, cut of his finger and I might get in trouble.” “If this ships, people are going to think it was my idea, and there’s a chance, just a chance, they might hate it.” Most of all, “if this ships, people might laugh at me.” And so the committee shoots for the lowest common denominator of safety, a product or service or idea that arouses no one’s lizard brain. Which means mediocre. Or late. Or both.

The iPod came from two people, Steve and Jonathan. The Zune came from 250. Which product would you rather own?

The resistance sabotaged my work for years. It pushed me to focus on average topics, delivered in a blameless way, because that felt safer.

So, when others were starting search engines or revolutionizing the online world, I was busy creating sort of ordinary books for sort of ordinary editors who were looking for the next small thing. And no one scolded me for doing this. No one looked at my sort of average work and called me out on it, because they were fighting the very same resistance as I was. It’s surprisingly easy to get through life and make a career out of being average… the resistance would prefer it if you did.

The resistance is powerful, so powerful that all the shortcuts, time savers and focusing tools are powerless in its path. Now you know its name. Now you know how it sneaks in under the radar and sounds quite sensible as it undermines your work and compromises your vision. When the resistance appears, you must call it out. Call it by name. Recognize it for what it is and then defeat it. You will defeat it not by rationalization or even a calm discussion. You will defeat it with single-minded effort, effort so deep and dedicated that it might exhaust you.

Unfortunately, the web is filled with tips and tricks and lists that appear to help you in your quest to shut up the lizard, to defeat the resistance. I say unfortunately because these lists are calm, practical and ultimately ineffective. They are polite in the face of a nefarious enemy, they are rational in the face of screaming insecurity. None of them are working for you because you may not be serious about actually defeating the resistance. It’s fun to procrastinate and comforting to dissemble, because not shipping doesn’t arouse the lizard brain. It’s safe.

Either that, or you could be mediocre instead.

please email me and I will send them to you.

← Prev: The Zen Of Eating, There Is A Better Way Next: How To Stop Making Lists And Actually DO SOMETHING! →