and Training Tips For Your Dog

Myths About Housebreaking? And The Facts Are… 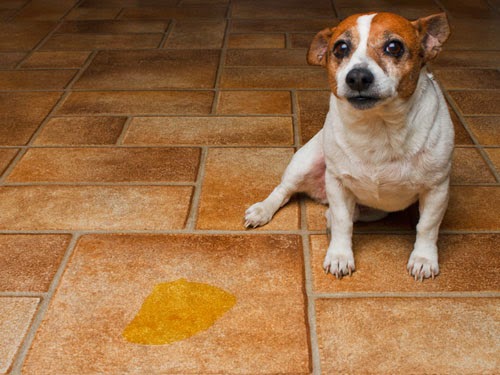 “Don’t use my house as a bathroom.”That’s a basic rule required by every dog owner. It is not surprising therefore that, every day, dogs are relinquished to shelters or euthanized for failing to abide by this rule. Housebreaking skills are critical. But dogs don’t housebreak themselves, they have to be taught by their owners.

Why do some owners have such a hard time teaching their dogs where to go to the bathroom? Perhaps because they believe things that aren’t true. Here’s a list of some common “myths” associated with housebreaking.

MYTH: Dogs go to the bathroom inside the house because they are being spiteful, jealous, stupid, dominant or lazy.

FACT: Dogs don’t care where they go to the bathroom; we do.

MYTH: Dogs prefer one place over another for the same reasons humans do.

FACT: Although habituation, association and early substrate preferences (i.e. what their paws are touching) play a major role, for the most part dogs use their noses to decide where the bathroom is.

MYTH: The key to housebreaking is teaching a dog to ring a bell or give some other signal to go out.

FACT: Many dogs that are reliably housebroken will never learn to tell us when they need to go; instead, they will simply wait until they are let out. In fact, putting bells on the door interferes with, rather than enhances, the housebreaking process.[i] 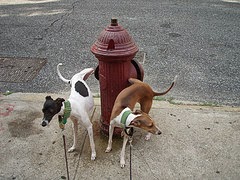 MYTH: My dog was perfectly house-trained, but when we got another dog he got jealous and started going to the bathroom in the house.

FACT: Dogs use urine (and occasionally feces) to mark territory. It is a natural instinct and has nothing to do with “jealousy.”

MYTH: Dogs sneak away to go to the bathroom inside the house because they know they’re doing something wrong.

FACT: Dogs tend to move away from the center of activity for elimination. It’s a natural instinct and has nothing to do with “being sneaky.”

MYTH: Dogs “look guilty” after they’ve had an accident.

FACT: Dogs are experts at reading our body language and they easily form strong associations.

MYTH: Dogs want to please us.

FACT: Dogs are eager to follow benevolent leadership, but they do what they’ve been taught to do. Dogs are simple creatures who are not burdened by the same emotional baggage as humans.

MYTH: When you find an accident, take your dog back to the mess, stick his dog’s nose in it and hit him with a rolled up a newspaper.

FACT: When you find an accident, clean it up, then go look in the mirror and hit yourself in the face with a rolled up newspaper (every accident is your fault).

MYTH: Most dogs are reliably housebroken at 12 weeks of age.

FACT: Most dogs are reliably housebroken at 8 months of age.

MYTH: Some dogs cannot be housebroken.

FACT: Except for dogs with genetic temperament flaws and serious physical illnesses (both of which are rare) ANY DOG, of ANY BREED at ANY AGE can be housebroken.

MYTH: The key to housebreaking a puppy is to put down newspaper or puppy pads.

FACT: The keys to housebreaking a puppy are supervision (never out of sight) and confinement (use a kennel crate). Putting down puppy pads or newspapers is a bad idea.

MYTH: After the dog goes to the bathroom outside, call him in and reward him with a treat.

FACT: Dogs only associate a behavior with a reward when delivered quickly (within about 2 seconds).

MYTH: If a dog you adopt from a shelter was housebroken in his first home, he will bring those skills with him to your home when you adopt him.

FACT: Most adopted dogs need a refresher course in housebreaking when they arrive in their new homes.

MYTH: A dog will never go to the bathroom in his crate.

MYTH: More time in the yard is needed for dogs who have housebreaking problems.

FACT: Less time in the yard is needed for dogs who have housebreaking problems. The dog must learn that he lives inside (that is the area to keep clean). Frequent 5 minute potty breaks (about once per hour) are much more effective than spending lots of time in the backyard.

In fact, a very common complaint among owners is,

“He spends a half hour outside and then comes in and pees on my floor!” Yes, that’s because you have not taught him where the bathroom is.

A dog will not house train himself – you have to teach him where to go to the bathroom.

Back To Main Page