and Training Tips For Your Pooch 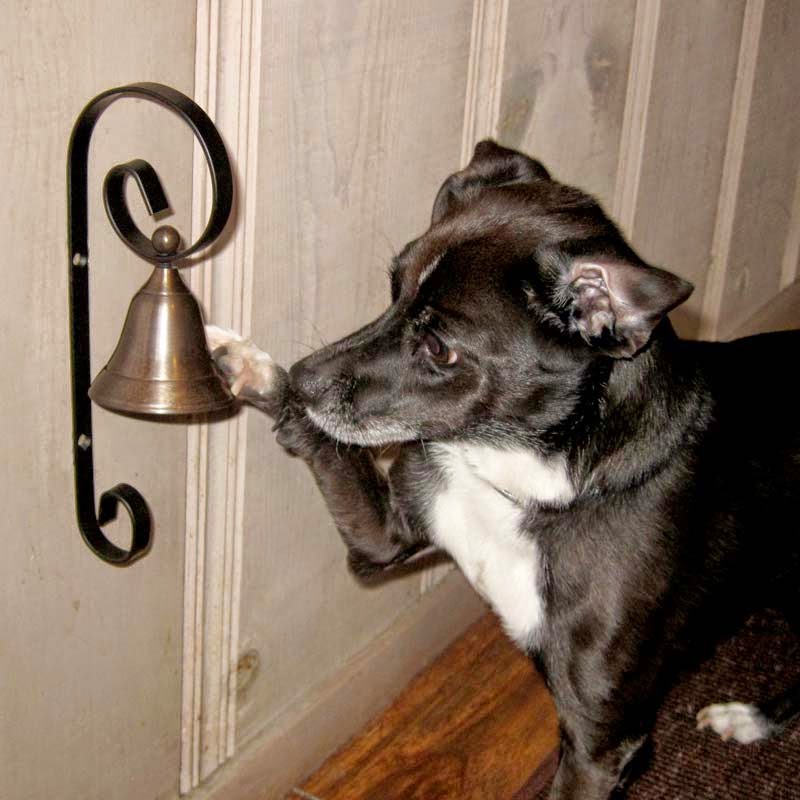 Effective housebreaking protocols include things such as supervision, consistency, scheduling and confinement – not training the dog to ring a bell.
Look under The IOU protocol we teach.

“Teaching puppies to give a signal to go outside is a common, but questionable house-training practice.

While appearing reasonable and useful at first glance, encouraging puppies to give such signals may conflict with the objective of training them to hold and eliminate in accordance with an arbitrary schedule.

Effective bowel and bladder control require that puppies learn to endure some amount of discomfort – an aspect of house training that is not necessarily served by training puppies to perform a signal to get outdoors on demand.

Furthermore, such need-to-go signals depend on the owner being present to respond – a state of affairs that can rarely be maintained on a consistent basis.

An unfortunate outcome of such training is the development of common elimination problems later.

Unable to get the owner’s attention with the elimination signal, a dog may go to the door after and after a moment just turn around and eliminate nearby or run off to another room before eliminating, thereby reflecting the pattern previously established in association with the need-to-go signal, viz., give signal and then eliminate.

Finally, many puppies rapidly learn to extend and generalize the need-to-go signal with a need-to-whatever-whenever signal, prompting the owner to go outside for purposes other than elimination.

Such puppies learn that barking or pawing at bells can get them outside for play and other activities having nothing to do with elimination.”

Back To Main Page

Get in Touch By Phone Or email

We are happy to be your resource for the life of your dog and dog family! Thank you again for choosing us. Your dogs wellness, training and success is important to us.

Get In Touch Via Text